Between White And Black Australia, Where Are We The Chinese Australians? 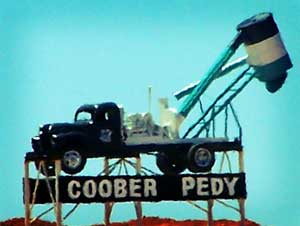 Sometime back in 1967 just outside Coober Pedy, I had an experience which stayed with me for the rest of my life.  I was standing between two toilets and reading two signs. One said that only white people were allowed to use that toilet and the other was reserved for blacks only. I was neither black nor white. No toilet for me that afternoon as I stood in the vastness of this land of milk and honey.  It was the first time in my young life when I learnt that people were assigned colours. Subsequently, in the books that I started to devour about Australia, and Chinese in Australia particularly, I found out that I was of the colour yellow.

Today as I write this editorial, the years had rolled away and I had a glimpse of myself poised between black and white Australia ; a young Chinese Malaysian student in the great Australian outback with a bus load of university students all belonging to ABSCHOL which was an acronym for ‘Aboriginal Scholarships’. It was a club with a mission and that was to raise funds for scholarships for Aboriginal students.  In that hot sunshine of central Australia, I saw Aboriginal people and I felt feelings indescribable, extreme culture shock hit me and from that moment on, I was determined to learn more about the aboriginal people. After spending three weeks in an Aborginal reserve at the foot of the Musgrave Ranges, I worked out that their culture is family centred and very collectivistic. This was brought home to me when all our jeans and clothes hanging out to dry were “stolen” from us. The aboriginal people were walking around in our clothes in broad daylight! We soon discovered that in their traditional culture, there was no such thing as “private property”. So if clothes were hung out to dry, then that was collective property.

The clash of culture between the white Anglo students and Aboriginal community was an important intercultural lesson for me. There was so little information and knowledge between the two communities then. Things are changing now. But is there much exchange between Aboriginal and Chinese Australians? I think not. I am in the process of writing a play about Chinese and Aboriginal culture for the Australasian Chinese theatre. In the course of my research I discovered that there was a lot of contact between Aboriginal Australians and Chinese. Really fascinating. They fell in love with each other, they inter-married, they did business with each other, and shared stories and music. 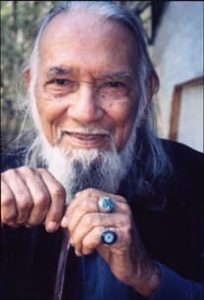 This reminds me of Ted Guboo. During the ‘80’s, I happened to be with a group of students in Bermagui, and there I met Ted, an Aboriginal Elder. As soon as he found out that I was Chinese, he invited me to his home one day. In his bedroom, he bent down and pulled a tattered suitcase from under his bed. He beckoned to me to squat next to him as he flipped open a photo album. Suddenly he smiled and pointed at an old photograph. It was a family photo; in it were a man, a woman and children, one of whom was Ted. “My father and

mother.” Ted told me. His father was a full blood Aboriginal and his mother was indeed Chinese but dressed in a long Western dress. The photo was probably taken at beginning of the 20th century. How on earth did it happen, a Chinese girl married to a Aboriginal man?  Ted told me that his mother’s father came to Australia for gold and he married his eldest daughter to the son of an Aboriginal elder knowing that he would know where to find gold. Ah, an economic arrangement. Say no more, Ted, I thought, I get the picture. Chinese parents do that all the time. As I read more and more about Chinese and Aboriginal people, I found out that Cathy Freeman, the Aboriginal Olympic has Chinese blood and when she was at the Beijing Olympic Games, the Chinese put some publicity on this fact yet many of us in Australia didn’t know that. So interesting.

Two experiences I had of White Australian and Chinese was a couple of students whom I thought were Caucasian Australians until they divulged that they have Chinese blood in them! But you don’t look Chinese, I would exclaim and laugh but inside me I also question silently, ‘‘How much of you are Chinese? Is there any Chinese culture in you or is it just dim sim and sweet and sour pork?”. Where are we as Chinese Australians, somewhere between White and indigenous Australian??? This is a question I like to raise just so we can think about it. Obviously there is no one answer. I am hoping that by raising this question, I too can start writing about it in a more profound way.

4 responses to “Between White And Black Australia, Where Are We The Chinese Australians?”