The I Ching: The Chinese Book Of Change: Teacher For Life 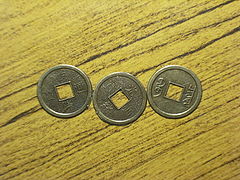 Of all the Confucian classics, the most well known in the West is probably the I Ching. It is popularised in the context of divining the future and used as a device to give guidelines to our problems.Problems can be related to such interesting questions such as : Is s/he in love with me?  Will my investment be successful? Will I be cured of cancer? So in a way, the I Ching has been used by ancient Chinese (it is 5000 years old) and modern day people as an oracle, similar to the Delphi oracle consulted by the ancient Greeks. When our minds are confused by too many possibilities and fear/anxiety of the unknown and desiring some sort of hope, the I Ching gives comfort and clarity for action.

The I Ching was not originally written by Confucius. It was edited and perhaps parts of it re-interpreted by him. No one has any conclusive evidence as to what Confucius actually did. However, it is generally accepted Confucius used it a lot to teach and the I Ching is a taoist text used long before he came to the scene. As such, it can be regarded as one of the great foundation blocks of Chinese culture and civilisation. The fact that it is still used today by Chinese and taoists everywhere testifies to its significance. 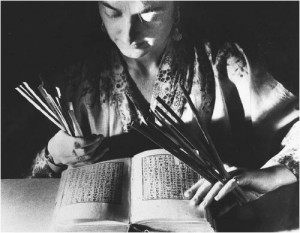 Intrinsic in the I Ching is the cosmological view that all life and the universe is permeated with the Chi, the cosmic power that is related to the yin yang balance. The whole book rests on the yin yang polarity, the feminine and masculine forces of the universe. Unlike the western concept of dualism, the yin yang is a holistic concept meaning that both these elements are found in any one entity. The presence of one does not preclude the other. Thus every human has within himself or herself elements of yin and yang.  These two forces should not oppose each but should to be  complementary to each other or in balance. When they are not balanced, then things (e.g health, business, relationships) may go wrong. In this sense, the cosmological vision with the Chinese is always one of changes. Everything and everyone is in constant change, forever and ever. Nothing remains static or the same because of the dynamics involved in the yin yang concept.   The I Ching reflects this philosophy and is used to tap the hidden forces of change in our lives, thus it is used as an oracle. As an oracle it contains all the dimensions of human lives. As a philosphy, it is wisdom that trandscends time, space and cultural boundaries. As modern psychology, it accesses the subconscious mind and takes us into our depths. Use it with reverence and it becomes your Teacher in life.

One response to “The I Ching: The Chinese Book Of Change: Teacher For Life”