I am writing this editorial on International Women’s Day so appropriately I choose to begin with a story I wrote about female re-memberment a few years ago.

This magical tale had sprung out of an unconscious need to be whole again. After living in Australia for several decades, I woke up one day and asked myself – who am I?

I wrote The Search for Xiao Li’s Head: A Magical Tale of Female Re-memberment  to remind myself that as a Chinese woman, born in British Malaya and having lived in Australia for the past several decades, my journey is much like Xiao Li’s. In this short story, Xiao Li the young protagonist, had lost her mother, was tortured by a stepmother who chopped her up into little pieces and flung them to the mercies of the elements. Xiao Li’s search for her body parts in order to be whole again, depicts the search for identity, the search for self. In the history of the world, whether Chinese or non Chinese, this tale is told many times over again and again; in fables, poems, ballads and in so
ngs. It is archetypal.

This short story immediately struck a chord with some Australian women, and it was swiftly published in HECATE, a feminist literary journal. As I was writing it, I remember thinking, my search for wholeness was more problematic because I was living in a predominantly “white people world’ in Australia, as an overseas Chinese-Malaysian-Australian woman. The question that arose for me was – is it possible to focus on my woman/gender identity without taking into account my ethnicity as a Chinese. Can this be done in a lineal fashion, a question of “prioritization“ as in which comes first – me, the woman, or me the Chinese? Can I separate the two? Of course, I can separate the two conceptually and theoretically as a Sociologist, and I have often done this in my academic writings. But can I, in practice, in my daily life? What do Australians see first when they glance my way? The woman or the Chinese? Or do they see an “Asian” woman.
The Chinese in me disappears into the label: “Asian”. 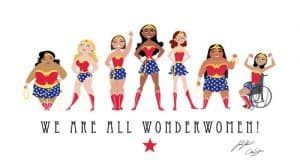 A short story, a fable, a magical tale, is one form that some of these questions about
identity can be articulated. Hence, when I wrote The Search for Xiao Li’s Head, it was as if that I, too, had lost my head. Will I find it again, living as I still do in “white people country”? Or will I go back to China one day to be buried as the Chinese in my grandparents’ generation had done, and my parents could only long for while living outside mainland China, in Malaysia. Or will I forever be “homeless?” Will I become whole again with all my scattered bits and pieces re-membered? Or do I suffer the fate of Humpty Dumpty when “all the kings’ horses and all the kingsmen could not put Humpty Dumpty back together again”.

I was confronted by these questions again recently, when I attended the Women of Colour workshop on leadership organised by the Asylum Seekers Resource Centre in Melbourne. There I met many women who are on a similar quest for identity. Women who are from refugee backgrounds. Women who were raped, tortured, abandoned to die, and they had survived somehow, and found their way to Australia. Their quest for who they were and who they are now in a foreign country will be challenging. This is not the place to write about the challenges these “women of colour” will encounter in Australia so let me return to the Chinese people like myself.

For me and for the overseas Chinese like me, whether in “white people country” or in any other, we are the Humpty Dumpties. Neither warring armies, acquired citizenship through marriage, nor permanent resident visas, can make us whole again. True or false?

Our wholeness can only happen when we continue on the search relentlessly as Xiao Li does. She seeks the Goddess Nu Wa’s help, the mythological giver of life in Chinese culture. Perhaps we, too, need a bit of help from the gods and goddesses. Our gods and goddesses who can help us on our search for our scattered fragments are psychologists and people who have tools to explore our unconscious. When our unconscious is unlocked, we can manage the journey to wholeness better. This journey is also one of self-empowerment. It begins when our unconscious yields to us the knowledge regarding which fragments of us are Chinese, which bits are White-Anglo Australian and so In short, we begin to know ourselves. By gathering our fragmented selves together, piece by piece, we can only hope that the ‘humpty dumpty that fell from the wall’ can be put back together again.

A footnote – at this Conference for Women of Colour, I had one of those aha moments which often leads to my writing a play or a story. I had a shock which rendered me speechless (and most of my friends and family know that I am rarely wordless). As we introduced ourselves, and made small talk, a Nigerian woman said to me: “All you Asians look ( (the) same to me” . If this had come from a White Anglo Australian woman…. well, I leave this to the readers’ imagination.