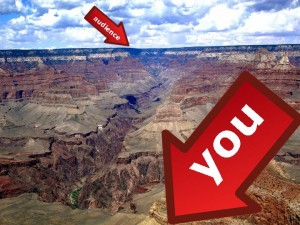 The following is some food for thought when you next communicate with a person from another culture.  We assume that we mean the same things by the same words, but there may be important nuances of difference in our understanding.

You have just put a suggestion to someone and he replies:

However, he appears uncomfortable, shakes his head from side to side and looks away as he says it.

For most people, the unspoken message is more persuasive. Here is the real significance of ‘body language’. It sends very powerful non-verbal signals. Where there is conflict between what a person is saying and their manner, the listener is likely to be more influenced by the non-verbal signals. Communications research has shown that listeners take a minor part of the meaning from the dictionary definition of the words. Non-verbal signals, tone of voice, and the surrounding context outweigh the literal meaning.

Attributing fixed meanings to particular mannerisms is especially dangerous in cross-cultural communication. Some colourful hand gestures signify agreement or approval in one country, but are a gross insult in another.

Some languages are highly “literal” in interpretation; others are “contextual”. English is a low context language, in that we take a high proportion of the meaning from the dictionary meaning of the words used. 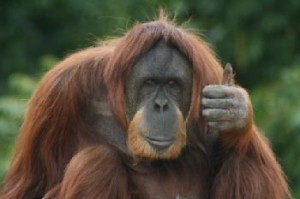 High context languages, which include most Asian languages, place more significance on no-verbal cues to meaning. Indeed, the spoken language may be deliberately ambiguous, to avoid confrontation or giving offence. We have to read between the lines. In comparison, frankness and directness are valued by English speakers. English speakers tend to place greater emphasis on formal logic and strict grammatical structures. Many Asian languages take more meaning from the context within which they are spoken, rather than from the precise grammatical structure. A change of context can change the meaning, although the words are the same.

“Silence” is the ultimate non-verbal message. Its significance varies enormously from one culture to another. Westerners are generally uncomfortable with silence. They may interpret silence in others as lack of interest, shyness or even evasion. In the West, to talk to someone is to be friendly and sociable. Asian cultures value silence. It indicates thoughtfulness and respect. To talk unnecessarily, when there is nothing more to be said, can appear shallow and insincere.

Eye contact is another area of non-verbal behaviour where confusing signals can be sent. To most English speakers, direct eye contact is thought to reinforce the impact of a message. They may interpret a downcast expression by the listener as lack of attention or even evasion. In another culture, such an expression may be the correct respectful behaviour when being addressed by someone of higher social status or authority. Most people regard a smile as a friendly gesture. However, in Korea smiling at strangers is not part of the culture. To smile at someone you have just met seems phony and insincere.

One response to “Non-verbal communications”