Which is more important? To study a foreign language or learn about its culture? I was asked this question after I gave an address to a group of young diplomates from the Department of Foreign Affairs and Trade. My answer is simple: Both. This is not an either or question. Language and culture are intrinsically bonded. Language is a component of culture. However, just by knowing a language well does not mean that you can communicate effectively. Note how many husbands and wives have communication breakdowns even though they speak English very well. To be effective communicators cross-culturally, it is important to know the foreign language and its attendant culture. It is when we can taste the foreign words in our mouths that we begin to get a feel of the language. It is when we can hear the foreign sounds in our ears and see how the words are constructed (especially in ideographic languages such as Chinese and Japanese) that we can get a sense of the culture. Through this subconscious process of osmosis, it is possible to learn a foreign language in the way that we have learnt our mother tongue. It takes a child about 2 years to master his/her mother tongue in this holistic manner using his/her feelings as well as a multitude of senses to absorb the language. Similarly his/her native culture is absorbed. However, to be effective in our cross-cultural communications skills do require a few basic things. 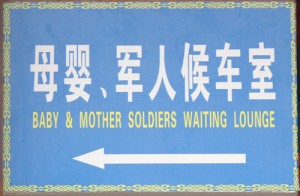 The important criterion for effective cross-cultural communication is our use of stereotypes in the way we speak and listen. Stereotypes are usually distorted ways of perceiving another person. If we rely on cultural and racial stereotypes to relate to foreigners, then it is likely that we will not be very effective. This is because stereotypes usually tell us that the user is ignorant. It is also insulting to the person who is being stereotyped. Unlearning stereotyping is a particular skill that may take a lot of conscious doing since stereotypes are usually subsconscious. They are acquired at a very young age and constantly reinforced daily in the media and jokes as well as in daily conversations held with friends and strangers. One of the most effective ways to get rid of cultural stereotypes is to learn about the cultures of foreigners. Get the facts and figures, then form your opinion. Another is to attend a cross-cultural communcation skills workshop. If neither of this appeal, then do some reading. Often fiction gives you a way into another person’s culture in a metaphorical way.  This is of course applies to films as well. The rewards of cross-cultural communication effectiveness are many the chief one being the breakdown of prejudices and a greater acceptance of our cultural differences.