How can Chinese Culture survive in Australia? 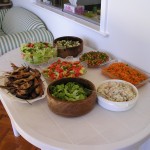 For centuries Chinese have roamed the face of the earth and wherever they have gone, they have taken their culture with them.  They have kept their culture and tried to transmit it to their children.  In fact, the question uppermost in the minds of every generation of Chinese parents could well be: how can our culture survive in a society which is predominantly Australian? Will our children born in Australia keep their Chinese heritage and at the same time be Australians?

A people’s survival is measured by its culture, that is, the things the people produce and the beliefs and values they hold.  Some cultures disappear when people move from one country to another.  This has not occurred with the Chinese.  Instead Chinese culture is seen to thrive in San Francisco, Vancouver, Kuala Lumpur, Singapore, Melbourne, and Sydney.  In fact, wherever Chinese are found outside China, major aspects of their culture are seen to be very much alive and well.  Why is this so? An examination of some of the main aspects of Chinese culture may yield a few clues.

Food is basic to a people’s culture and for the Chinese, their cuisine has survived.  Wherever they have wandered, the Chinese have taken their cuisine with them and have adapted it to local conditions. In Germany, fried rice has a distinct flavour of bratwurst.

In Australia, it has carrots and peas; in India spices and, of course, in Singapore and Malaysia, chillies decorate fried rice.  It is this capacity to adapt, to accommodate, and to make do with what is available locally, that has enabled Chinese cuisine to survive all over the world.

Perhaps this is also the secret of the survival of other aspects of Chinese culture.  Take religion for example.  A culture cannot survive without a belief and value system.  Values are often closely tied to religious beliefs.  The Chinese do not have a formal religion in the same way as people of the West have Christianity.  That is, there is no concept of a single god and derived from this a set of doctrines for social life and the afterlife.  Instead the Chinese ‘religion’ has been shaped by many forces.  Historically, Chinese were worshippers of Nature and many still are today.  The worship of the moon, sun and stars, the belief that spirits dwell in mountains, hills, rivers and seas – all these combined with the worship of gods and the ‘Goddess of Mercy’ give the Chinese a vast spiritual belief system.

With the coming of Confucianism, Taoism and Buddhism, the Chinese belief system happily adapted itself to these philosophies. Confucianism offered a code of ethics for social relationships and behaviour, defining the duties and obligations among men, women and children.  This code of ethics was so comprehensive that it also laid down rules of conduct for the afterlife.  Confucius believed that we should not only practise filial piety when our parents are alive but also after their death.  This was the practice of  ‘ancestor worship’. 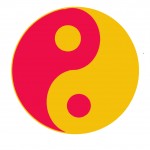 Given the history of how the Chinese belief system has evolved it is no coincidence that the main festivals celebrated by the Chinese today have relatively little to do with formal religion.  This is in contrast to other great religions of the world.  With a bit of Buddhism, Confucianism and Taoism in them, the modern Chinese celebrated Chinese New Year, the most significant day of all.  The Chinese New Year is essentially the celebration of spring.  Chinese clean out the house, sew or buy new clothes. They give ‘ang pows’, (red packets of money), to signify good luck and prosperity, and they eat a traditional meal.  Because it is not a religious celebration, but a social and family occasion, even Chinese Christians observe this custom.

The mid-autumn festival is a harvest festival for farmers.  But for Chinese women, it is the festival to worship the moon goddess.  It falls on the fifteenth day of the eighth moon.  This is the harvest moon. It is at its most beautiful and brightest.  Singing songs to the moon, children parade through the neighbourhood with lanterns, munching mooncakes.  Like most festivals, this one has a legend behind it. It has absolutely nothing to do with the moon goddess but everything to do with the Han people’s revolutionary fervour.  It was said that the Han people under the yoke of the Mongolians or Tartars during the Yuan Dynasty plotted to rid themselves of their oppressors. It was a simple plan.  On the night of the full moon, all the Chinese would rise and attack the Tartars at the same time.  The Chinese plotters spread a rumour through a stargazer that the gods would send a plague to punish the people.  To avoid this terrible fate, people had to eat specially made cakes at midnight during the moon festival.  Inside these cakes was the message: ‘When you read these words, attack the Tartars at midnight of the full moon’.  After many battles, the Tartars were finally driven out of China and the Ming Dynasty came into being.

The zongzi festival shares a familiar legend.  Celebrated on the fifth day of the fifth moon, the zongzi festival has behind it a protesting poet-minister, Qu Yuan.  Unable to tolerate the poor living conditions of the people, he protested by writing a long poem, and then drowned himself in the river.  The people searched for him in vain.  In desperation they threw small bundles of food into the river to divert the big fish from eating his body.  Searching for him in boats decorated to look like the much feared dragon, the people finally returned to their village disappointed.  The zongzi festival or the dragon boat festival is still celebrated today by Chinese all over the world in the form of boat races and the eating of zongzi. Today the zongzi which was once a humble bundle of food thrown into the river has evolved into elaborate concoctions depending on the whim of the cook.  The most common version is glutinous rice with pork and chestnuts sprinkled with five-spice powder. All this is wrapped with dried bamboo leaves into a triangular bundle and then steamed.

There are many other traditional festivals beside those that have been mentioned above but nowadays, only the main ones are celebrated by Chinese. However, all the festivals, all the eating of Chinese food and all the deeply held beliefs regarding Chinese gods and ancestors will do nothing to enable the Chinese culture to survive if not for its language. Language is the most important vehicle through which a culture is transmitted from generation to generation. Language makes a culture live.

I began by asking the question how can Chinese culture survive? Chinese culture, like any other, survives over the centuries because of its remarkable capacity to adapt and to modify itself.  Chinese culture has survived in Australia.  Thus the more important question to raise is: why do people want to remember their culture? People want to remember for a great number of reasons.  Perhaps one of these is that it is personally and socially rewarding.  In the forty years that I have lived in Australia, come every August, I think of mooncakes of my childhood. In the sweltering days of February in Melbourne, I suddenly long for a traditional Chinese New Year with the dishes that my mother makes.  And in June, I think of zongzi.

What does this tell me? I believe what this says is that culture in the form of food and traditional celebrations, in the form of beliefs and values, reaffirms to a large extent our identity. In a profound way, they confirm who we are.

17 responses to “How can Chinese Culture survive in Australia?”