CROSS-CULTURAL ASPECTS OF MENTORING – A PATH FRAUGHT WITH RISKS 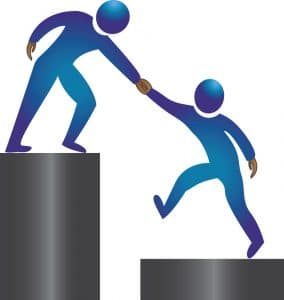 Last week I gave a talk on the cross-cultural aspects of mentoring at the Diverse Women Mentorship Association induction workshop. I told the participants that the mentor-mentee relationship is a cross-encounter, and drew their attention to the multi-faceted aspects of diversity. I also told them that a cross-cultural encounter has higher risks than a mono-cultural one. For example, it is easier to offend and do the wrong things, often through ignorance of the other person’s culture. Sometimes, it could be embarrassing, for example, when I was invited to my very first Aussie party back in 1963, I was told to bring a plate so I brought along an empty plate! As a teenager then, I was mortified with my mistake! From where I came from (Malaysia), no one was ever told to bring food when they were invited to a party! 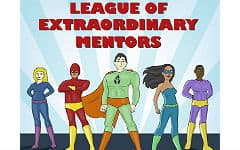 Coincidentally, I have a young Chinese girl of 18 years old staying with me for the past month. Wei Ling is a graduate of my workshop to empower teenagers ie. Accelerated Learning For Life Skills Success (AL4LSS). Last year my co-trainer, Jenny Nam, and I ran a workshop in Kuala Lumpur and in Penang for Malaysian teenagers. At the end of the workshop, I told the class that if they could manage to save for their return airfare to Melbourne from Kuala Lumpur (this is part of Step 4 of AL4LSS which is on money management skills), they would receive a sponsorship from the Storz Centre of Accelerated Learning Excellence (SCALE) that will cover their accommodation and meals for their 2 week stay in Melbourne (worth $1000). Wei Ling won this sponsorship. Wei Ling comes from a Chinese Mandarin speaking family so her cultural psyche is shaped by the Confucius Ethic, mainly unconscious. As her mentor and “house mother”, I found the mentor-mentee relationship to be undoubtedly filled with cross-cultural challenges. However, as my own cultural psyche is also shaped by the Confucianist Ethic and unlike Wei Ling, I am definitely conscious of this, it was easier for me to communicate with this little young person from my home country. For a start, Wei Ling speaks Manglish and not the English that I am used to in Australia, but it is easy for me to revert to it. For those of you who don’t know, Manglish has many shortcuts, for example, instead of saying: Shall I turn off the light? in Manglish it comes out as: Off the light? It was lovely for me to lapse into Manglish with Wei Ling and we had a lot of laughs. In the midst of our laughter however, some serious pennies dropped. One of these pennies is this – the mentor-mentee relationship is a path of reciprocated learning and teaching. There is much that my young mentee is teaching me about Malaysian Chinese teenagers even as I am teaching her about Aussie culture and other life skills such as goal setting and time/stress management, career and money management. 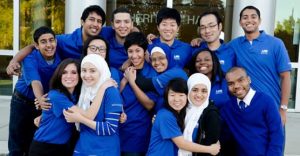 Another thing I am learning is that given the increasing globalisation of the world, I would have thought that the Internet would make teenagers more similar rather than different. I find this not to be true. Cultural differences still abound by my looking at Aussie teens and comparing them with Malaysian Chinese ones like Wei Ling. In fact, I observe that Wei Ling is not that much different from the Malaysian Chinese teenagers in my generation (circa 1950s) but she is very different from Aussie teenagers. For example, she, like me, is more collectivistic in orientation instead of individualistic. In other words, we are more we-orientated compared to our Aussie counterparts. She is more hierarchical instead of egalitarian in values, meaning we see people in terms of vertical relationships rather than seeing everyone, old and young, as equal (that is to say ‘egalitarian’, a white Anglo-Australian value). My rather abbreviated analysis here suggests to me that cultural values are very enduring and not easily changed. The Internet, as some school of thought would like to argue, is the great leveler of differences. I somehow think not. Instead there is room for us to re- examine diversity seriously whether its source is to do with age, sex, gender, ethnicity, etc. For me, mentoring Wei Ling opens my eyes to the fact that some things will not change and if they do, it will take several generations.

Values, beliefs and the attendant social behaviors that stem from them, have been acquired in the first 7 years of our lives. Mentors do not change these values easily. They can only navigate these if they know their own culture and that of the mentee’s.

Last week when I ended my talk on the cross- cultural aspects of the mentor-mentee relationship for the Diverse Women Mentorship Association, I did an exercise with the women that alerted them to the fact that diversity springs from many sources and if we don’t navigate these well, the mentor-mentee journey will not be effective.