Cousin-Brothers, Ah Meng and Ah Chew: A Little Tale About the Chinese Diaspora 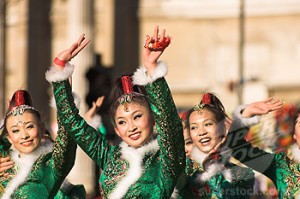 I am writing this in England, squatting at my cousin’s cozy apartment and I can’t help but think how lucky I am to have found him late in my life. Virtually fatherless when born in Sungai Patani, Ah Meng (or Alan) is the son of my father’s youngest sister. We call her ku chai, meaning “aunty little” (she was shorter than I and that is short if you happen to be in Australia living amongst giants!). Ku means paternal aunt and yee means aunty on the maternal line. As a very young widow, ku chai lived within an extended family situation while her mum, my paternal grandmother, was still alive. Over the years as our family situation changed, hers did too. Eventually she ended up with our father’s, her 4th brother’s family. Ah Meng must have been 5 or 6 years old at that time. So in many ways Ah Meng is really more a brother than a cousin and in actual fact, we Chinese often use the term cousin-brother to refer to cousins. Over a period of fifty years while living in Australia, I didn’t see Alan nor hardly communicated with him. Never in my wildest dreams that one day I would be sharing meals with him and having chats about our childhood back in British Malaya .

Alan has become a Chinese Briton, member of the Chinese diaspora, just as I have become a Chinese Aussie. He is fair and white haired and speaks with a quiet gentle voice so reminiscent of English gentlemen and scholars. We chatted to each other in the English language, sharing a vocabulary that only people in my generation brought up in British Malaya could have acquired and I marveled at this. As children, Ah Meng and I spoke 3 Chinese dialects: Hokkein, Cantonese and Hakka! We were both sent to Mandarin schools but did not stay, and ended up in mission schools which used English as the medium of teaching. During one of our dialogues we reminisced on using Mandarin and how in our post middle age, we have forgotten most of it. He in turn said if given a few months with Mandarin speakers, he would probably regain his Mandarin. I wonder how we can forget our languages learnt in childhood yet we don’t so easily forget our customs. For example, I noted that Ah Meng gave me a cup of coffee with both hands, he addressed me as elder sister and showed a Confucian deference towards me which I found touching. So all the years in England did not erase his cultural ways. I must say all the years in Australia did not erase the deep Confucian roots that had shaped me although ostensibly I am in many respects perceived to be “westernized” or “Australianised” (whatever that means).

While in England during this trip I sought out another cousin-brother whom I had not seen for a long time, probably about 20 years. Ah Chew is the son of my father’s elder brother. So we share the same surname and definitely a very important first cousin as he is on the strict Lai paternal line. According to Chinese tradition, cousins of the same surname must not marry each other. (In fact traditional Chinese practise exogamy which means all kinsmen and women of the same clan along the paternal line cannot marry each other! ) A very strong incest taboo indeed. Ah Chew had left Malaya at the same time that I did so for nearly 50 years we had studied and lived away from Malaya. We were the first in the Lai clan to go to universities and abroad to study, no mean feat for kids whose paternal grandfather was a wooden clog maker. Ah Chew is a scholar and a musician (plays the violin and mandolin).) Having a chat with him I wondered at his present lifestyle: a global gypsy (he is Hakka like me, the Chinese gypsies) with a PhD in agricultural science, working in countries like Ethiopia, Nigeria, and in between he plays music. In the 68th year of our lives, I sat in a church in London listening to him play the mandolin in the Mandolin Festival of London. As I sat and listened to the music, my Sociologist mind turned to issues of the Chinese diaspora, the great dispersal of Chinese globally. On different occasions, as my cousins kissed me on my cheek in greeting and parting and in our embrace, I know with a deep sense of wonder that they are “fusion”, just like me. We can practise some of the ways of the West yet we adhere to traditional Confucianist ways unconsciously. We are members of the ‘Half Luck Club’, members of the global Chinese diaspora, neither completely Chinese nor completely English, Australian, Canadian, etc.