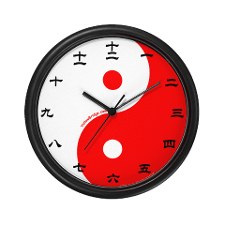 Numbers have been traditionally regarded as significant to the Chinese for a variety of reasons. Numbers are related to the Chinese cosmological system. Numbers represent the nine stars (xing) that symbolise the essence of the universe. Numbers also represent the five elements or five forces of the universe: gold, wood, water, fire and earth. All things on earth are classified according to these five forces.

Numbers also represent the eight directions coinciding with the eight ancient numerical symbols of the eight trigrams of the I Ching or the Book of Changes, one of the Confucian classics. The I Ching is a book of prophecies based on the yin and yang, the female and male forces in the taoist cosmological vision. To the Chinese, numbers hold special significance for every facet of their lives. They symbolise changes and therefore affect every moment of their lives and are an intrinsic part of their conscious and unconscious minds.

Numbers also carry masculine and feminine qualities. Chinese numerals can be either yin or yang. Even numbers are yin while odd numbers are yang. So for example, one is yang and it symbolises unity. Two is yin and symbolises symmetry. In this sense, Chinese always prefer to use even numbers whenever a hong bao or red packets of lucky money are given.

The ancient Chinese were very in tune to the forces of nature. Chinese were the first to discover the magnetism of the earth and the first magnetic compass for seafarers came from the hands and minds of the Chinese. They also made close observation of the planetary system and discovered the art of feng shui nearly 3000 years ago.

Chinese have always used numbers and numerology to foresee the future, to interpret dreams and to justify superstitious beliefs and practices. Even the sound of a number can signify good luck or death. Thus eight is a number that every Chinese wants for the car or telephone number because it sounds like ‘swell’ as to grow bigger and bigger. Four is avoided at all cost it sounds like ‘dead’ or to die. Other good numbers are six for the Cantonese speaking because it sounds like lu, meaning luck and nine is considered to be very good as it symbolises longevity. It is a number for all kinds of partnerships as these will be long lasting if carried out on the ninth day.

This is a little verse that Chinese children were taught to remember some numbers.