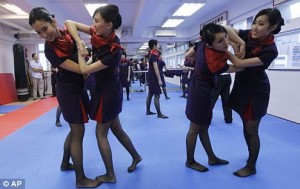 Recently I saw a documentary on Australian TV regarding the exponential increase of Chinese tourists within their own country. Of particular attention was a scene where disgruntled passengers in a plane attacked the flight stewards and air hostesses.

A few days later I read an article written by Christy Parkin in the Diabetes Forecast about the increase of diabetes in China. 35 years ago diabetes affected one percent of China’s population and today it stands at 11.6 percent in a population of 1.4 billion people. “Tip of the iceberg” according to the author as 493 million Chinese are diagnosed as “prediabetic”. She also mentioned that in some hospitals giving care, diabetic patients are allowed to stay overnight or longer. But further down in the article really caught my attention:

“There have been several incidences of patients resorting to violence toward their doctors because of dissatisfaction with the health care system. Much of this has to do with health care reform in China and patients’ unmet needs. Even though these may be unusual and isolated incidences, I get the sense that doctors want to keep patients happy and not rock the boat. If patients want to stay longer, they usually will be accommodated”. 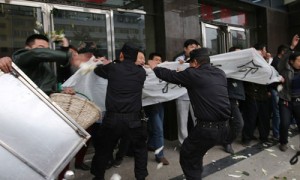 Talking and thinking about culture? I can’t help contemplating on the differences between our disgruntled Chinese customers and their counterparts in the USA & Australia. When modernisation and Westernization in China are too rapid without attendant education of the masses, will we encounter more violent incidents like the above being directed towards service providers? Hmm, food for thought.

3 responses to “Are Chinese customers more violent than Westerners?”