Doing Business in the Chinese and Aussie way

Is there one way of doing business or many? In the 20 years that I have travelled and worked with different peoples and groups exploring issues to do with the enhancement of their business it does not matter where or whom I work with: Americans, Aboriginal people, Maoris, Aussies or Chinese, one universal law pops up inevitably: business is about managing people, not about making money. Money is the result from the effective management of people: self and others (customers, employees etc).

Yet businesses have failed, fortunes lost and families destroyed all because of money. It is because people do not know themselves and not knowing themselves, how can they possibly know other people like their customers and staff? Especially if these customers and staff come from diverse psychological and cultural backgrounds that are different from their own.

Managing self and others – what does this entail? In my work I stress using a psycho-cultural perspective to understand and manage ourselves and other people because all human beings are shaped primarily by their own psychology and their own culture. 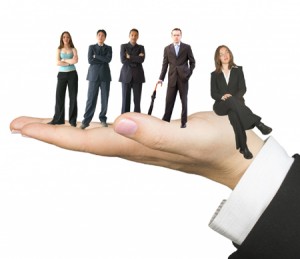 Managing your Self first – “To thy own self be true” is to do with the commonsense phrase – ‘know yourself’. Managing yourself first means leading by example: look after your health and stress levels, know your own strengths and weaknesses and know who you are psychologically and culturally. If you are Aussie, what is it about you that are uniquely Aussie?  How does your own culture affect your mindset and the way you do business unconsciously? When you make your unconscious conscious, you become more knowing and therefore more powerful and creative. In other words, ‘to thy own self be true?’ Shakespeare said that many centuries ago and, today this line is still relevant.  After knowing your own culture and how that shapes you consciously and unconsciously, you can start to know others, and how to manage them.

Managing people in the context of globalisation is a bigger challenge because you have to manage diversities in age, gender, psychological makeup and cultural/ethnic differences, and of course, power play.

I will confine my discussion herein to the Aussies and Chinese.

My hypothesis is that a people’s cultural syndrome influences the mindset/attitude and behaviour/action of that group of people. For example, Anglo Australians or Chinese from PRC (People’s Republic of China).  Two cultural syndromes, i.e. the tall poppy syndrome and the Confucianist ethic influence the way Aussies and Chinese do business. 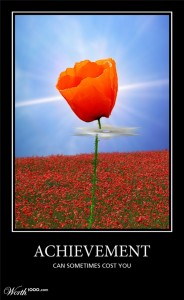 What is the Tall Poppy Syndrome?

It is essentially a cultural syndrome, which has emerged from the power play between the oppressors and the oppressed when Australia was a penal colony. The oppressed were the convicts. The oppressors were the prison wardens who were officers of the British colonial regime. The latter were the tall poppies. Tall poppies are people who have more power, more money and basically more of everything. Over two centuries the tall poppy phenomena had evolved into a cultural syndrome that is unique to Australians.  If we could read the unconscious mind of the average Aussie bloke in the street, it would go something like this: “We Aussies know that there are inequalities in this world. There are the rich and there are the poor. We know that.  We also know money talks and money means power.  However, if you are rich, good for you, but don’t ram it down our throats, don’t boast about it, don’t show off and don’t, for goodness sake, keep reminding us! We respect what you have achieved but if you start carrying on about it, we give you hell.”

From this syndrome comes the following mindset or attitude: rampant egalitarianism. In the Aussie’s mind all of us are equal, not only just equal but very equal. Linked with the value of egalitarianism are attendant values such as independence, self- directedness, autonomy, and so on. Let us take, for example, customer service. You walk into a shop in Australia, what does the sales assistant do? She looks up from whatever she is doing, smiles as if you are a friend (friendship implies equality) and says: “If you need any help, call me” but really she is in fact saying in her unconscious mind: “I will leave you alone till you need help, you are an independent and autonomous human being, equal to me.”

The tall poppy syndrome is intrinsically and unconsciously driven by the fear of success. To be successful is by implication being a tall poppy. And tall poppies may have to be cut down.  So success in Aussie culture may evoke fear and avoidance, a high-risk thing to want and strive for.  Fear of success! Fear of rejection! 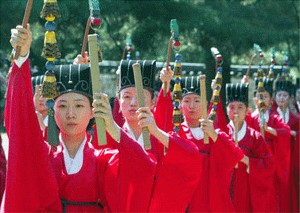 Some of these Aussie values, which I have identified for the purpose of this short discussion, are not dominating values held by the Chopsticks people whose unconscious culture is shaped by Confucianism. Amongst many other things, Confucianism is a moral and ethical philosophy that stresses perfection – it says that all human beings have the potential to be perfect.  Perfection being what it is can never be achieved.  It remains essentially utopian – an ideal forever being pursued. However, its attainment is a human possibility. In not giving up the dream of its ultimate attainment, Chinese people strive to succeed (sometimes at great costs to themselves and society).  It is a cultural syndrome that is more acceptable of the have’s rather than the have not’s. It celebrates the top dogs. People with Confucianism in their blood are not driven by the fear of success. It is the fear of failure that drives them unconsciously and consciously.

Confucius stresses five critical vertical relationships and with each position is a duty and obligation. The five relationships, namely, emperor and citizens (translated into modern business language, between employer and employees), father and son, eldest son and younger siblings, husband and wife and friend and friend. In its emphasis on the five vertical relationships, Confucianism is hierarchical rather than egalitarian. Given this, customer service is driven by the common dictum: the customer is king and the customer is always right.

In this paper I want to provide some of my observations of the tall poppy syndrome and the Confucianist ethic and hope that it will enable us to think about the contradictions deep in our unconscious if we are Anglo Australians and/or Chinese. Given the deep conceptual contradiction in the two cultural syndromes, what hope is there for us Australians and Chinese to do business, let alone live happily ever after?

The tall poppy syndrome suggests the following strategies for success:

The easy going ‘laid back’ attitude and the friendly casual ways of the Aussie, – these are very efficient ice breakers and instant rapport-building tools when doing business. We readily trust Australians, so to speak. They are open and wholesome, honest and direct, nothing to hide, what you see is what you get mate! (These sayings I have heard from many people in so many countries that I am beginning to think that they are no longer stereotypes.  But of course they are. Not all Aussies are like that. However, by the same token, all stereotypes have an element of truth.)

I stress efficiency here because one does not need to spend too much time in the early stage of doing business with Anglo Australians in comparison to the Chinese. And time saved is money saved. With the Chinese, building rapport and trust takes longer. They spend more time in little things, from the rituals of exchanging business cards, to countless cups of tea, to eating and more eating, time in business entertainment (wine, women and karaoke), more time in meetings and phone calls, etc.  All these are done unconsciously to build relationship. So perhaps, the Chinese should adopt some of the winning ways of the Aussies and the Aussies can learn to be less fearful of success and strive to win more! And a little less “laid back-ness” when it comes to doing business.

By making our unconscious culture conscious, we, whether Australians or Chinese, are able to combine the two cultural syndromes, balance their respective strengths and weaknesses, and strategise our own solutions for the diverse people we manage in our own businesses. By knowing our Self first, we discover the secret of managing others!

9 responses to “Doing Business in the Chinese and Aussie way”