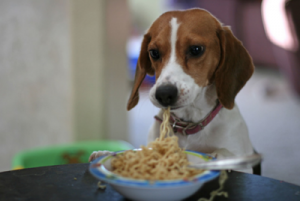 A funny thing happened to me on the way to Box Hill. I stopped by and chatted with a young Chinese woman holding a gorgeous poodle. After stroking her poodle, I bade the woman goodbye and laughingly said: “Don’t turn your poodle into a noodle and eat her.” The woman gave me a reply that blew me away.

“Oh no, I won’t eat her, although I used to eat dogs. Not any more, now that I have her.” She continued to stroke her poodle as I walked away. I could not help thinking that just as recent as a year ago, this modern Chinese woman was eating dogs! And now she lives in Box Hill, treating her poodle as a pet, a very modern custom.

Last month, a writer of international repute came to visit Melbourne. Xinran, the author of The Good Women of China, the book that propelled her onto the world stage, was one of the few authors who dared write about the Chinese women who suffered incredible tragedies in China in the ’70’s This is a book about female infanticide and sexual abuse of girls in China. Real people, true stories. For many decades, what happened in China was not known to the outside world. Since its liberal reforms, China has become an open book, mainly through her citizens who have emigrated. Writers like Xinran and Jung Chang (The Wild Swan) are invaluable in exposing the ancient atrocities in modern China. 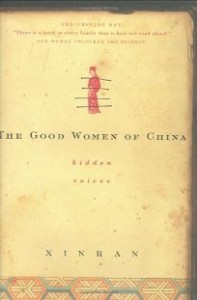 Female infanticide is still practised at this very moment even as I am writing. Female infanticide has always been a fascination for me. Why kill only female babies? A simple question requiring many answers. This is not the place for me to go into a long profound sociological analysis of this phenomenon. More relevant to me here in this editorial is female infanticide in the context of modern China. What do modern day Chinese in China think of this cultural practice? We, the overseas Chinese, have stopped this practice centuries ago. The British outlawed it in colonial Malaya including Singapore along with foot binding, bonded maids, etc. How do modern Chinese think and feel about this practice which is still carried out in large parts of rural China? Can such an ancient atrocity be ignored in a country with cities as modern as any found in Asia, if not, the world?

I contemplate this contradiction, one of many in China. Given my lifelong interest in anything Chinese, I contemplate female infanticide as an ancient atrocity practised in modern-day China. It is a contradiction. How is it possible? How is it allowed? How inhuman? I ponder on these questions because there is little research done about Chinese people and how they feel about such ancient atrocities.

Female infanticide, so powerfully described in Xinran’s book, tears at my heart strings. So ancient a practice yet in so modern a society such as China today.

My contemplations on female infanticide spiral me into the vast maze called ‘Chinese culture’. Yet again! Inside this maze, I struggle to understand these ancient atrocities in modern China. For me, this struggle will continue to be one of my greatest intellectual challenges in the years to come.