A key advantage of learning Chinese with us is the flexibility of us running concurrent Zoom classes in Canberra, Sydney, Perth, Hobart and Adelaide. This means, for example, if you are attending our Beginners Mandarin class on a Wednesday evening, you are welcome to also attend the same Level class some other time in that week. So, you are not tied to a certain time or day for your classes then. Alternatively, if you feel that you need to repeat a certain lesson for whatever reason, you are also welcome to do so.

Did you know that we also offer private Chinese classses for companies or private tuition for individuals? Private Skype lessons are also available! We offer a variety of customised courses in both Mandarin and Cantonese. For more details. 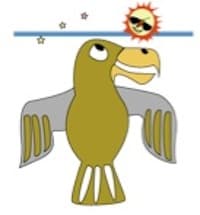 Some interesting notes on Mandarin Chinese

After the Ching dynasty fell in the early 17th century, it was necessary to come to agreement for a national language for China. It was until around 1913 however, until the Ministry of Education actually established the national language. The requirements were for the language to go beyond local dialects and include prominent properties used universally in the Asian world. Mandarin Chinese dominated and successfully became the superior and dominant Chinese language usage. Starting in 1956, it is now the mandated language taught in Asia countries. Throughout China, it is still referred to as 'guoyi' or 'coiuntry language', but in the West we call it Mandarin.

What makes Mandarin Chinese different to learn than English, is it's tones assigned to words which vary in high to low levels, and pitches. It is also a monosyllabic language with little or no modulation. Unlike the English alphabet, The Chinese language contains over 3000 frequently used characters and over 6500 listed in the Chinese dictionary. The characters denote deeper meaning then just surface print. An addition or subtraction of a brushstroke changes the meaning of the character. As do tones used in pronunciation of Chinese words.

The writing of the Chinese language is done vertically and is read the same way. There is controversy over the traditional way of writing Chinese, as opposed to newer forms which make words hard to recognize. The generalised new way of writing Chinese also gives different meanings to words. As time progresses, you will see more of the traditional script being used and taught. Written Chinese in Mandarin is also known as Hanyu.

Methods of learning Mandarin Chinese would incorporate using what is referred to as Hanyu Pinyin, a Romanization system used for teaching Chinese. Pinyin means 'phonetic notation' and uses roman numbers to correspond to sounds in Mandarin Chinese.

I have recently joined your classes in Mandarin. At the time I did not know your accelerated principles, but having enjoyed every class and experienced the technique, I am to commend you. I had attended other language learning schools and find yours fun, enjoyable to the extent of finding myself eager for the next class, and on top of this I am learning Mandarin with greater depth and understanding. At this point I would like to complement Ling-Sea whom I find has a very refreshing teaching style, and allows learning Mandarin to be enjoyable.
Ken

For class fees and a free newsletter,
click the button below